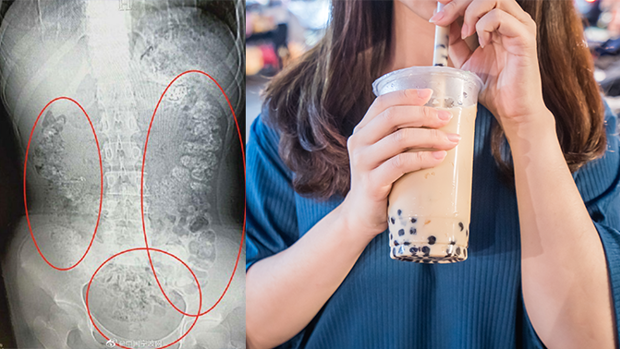 We've all treated ourselves to a delicious bubble tea drink every now and again, but you might now think twice next time you get a craving for the milky drink...

A 14-year-old girl from the Zhejiang province of China has been hospitalised after five days of internal issues revealed over 100 boba balls chilling in her stomach!

Chinese girl constipated for five days after hundreds of bubble tea pearls were stuck in her intestineshttps://t.co/tqbTb1OKXJ pic.twitter.com/cDaFvtHHwC

Doctors quizzed the girl on what she’d eaten, and she told them she’d had one cup of bubble tea five days before the incident, and prescribed her laxatives to help digest the boba.

The doctor who examined the teen also warned that bubble tea pearls are made of starch and can be difficult for the body to digest.

RELATED: Five things you need to know about Costco now that it's coming to NZ

This, combined with the fact that some bubble tea stores may add extra coatings or preservatives, could cause problems if they are being consumed often.