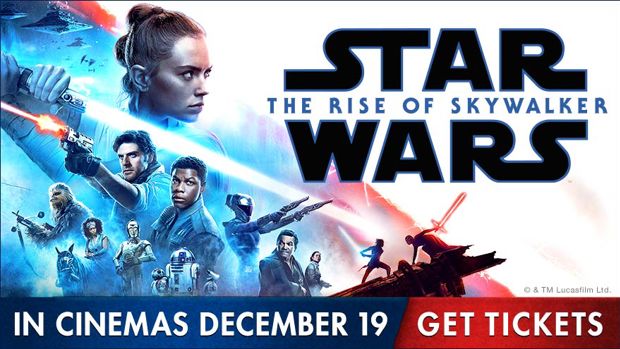 To celebrate the release of STAR WARS: The Rise of Skywalker – in cinemas December 19, Vaughan took the time to wrap up the previous eight movies so that you’re all caught up…

Movie number one: Phantom Menace.
We meet Anakin Skywalker and he’s a slave. Liam Neeson gets cut in half; Anakin ditches his mum and becomes a Jedi in training.

Movie two: Attack of the clones.
Temuera Morrison is 90% of the characters. Anakin’s an angsty teenager Jedi apprentice who’s in love and that’s a Jedi no-no.

Movie three: Revenge of the Sith.
Big good guy Palpatine’s actually a big bad guy called Sidious. Anakin is allowed to be Jedi Master, his lady dies, he goes full bad boy then catches on fire due to lack of high ground, becomes Darth Vader and his girlfriend had secret babies.

+Don’t miss the ninth and final film of the Star Wars saga STAR WARS: The Rise of Skywalker when it hits cinemas December 19.

Check out the trailer below!