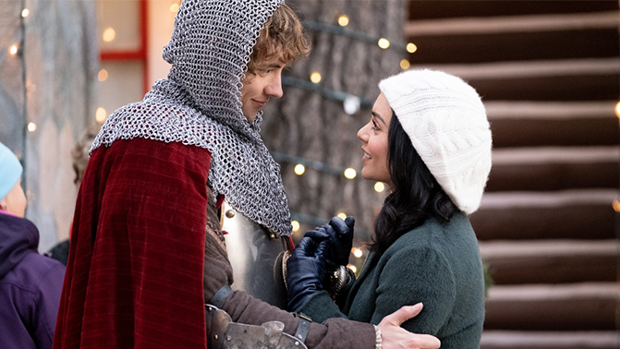 Our girl Vanessa Hudgens has become some sort of professional Christmas movie actor and it's great.

The Knight Before Christmas is yet another Netflix movie hitting our screens this month, but it's a little different to the rest...

When Hudgens character meets Sir Cole, she makes it her mission to help him feel better, and get his memory back... the only problem is, that he thinks he's a real-life Knight.

RELATED: The Princess Switch is getting a sequel on Netflix!

"After a sorceress transports medieval knight Sir Cole (Josh Whitehouse) to present-day Ohio during the holiday season, he befriends Brooke (Vanessa Hudgens), a clever and kind science teacher who's been disillusioned by love.

Brooke helps Sir Cole navigate the modern world as he tries to discover how to fulfill his mysterious one true quest — the only act that will return him home. But as Sir Cole and Brooke grow closer, so do their feelings for each other..."

The Knight Before Christmas may be a cheesy idea for a film, but who doesn't need a wholesome Christmas film every now and again??