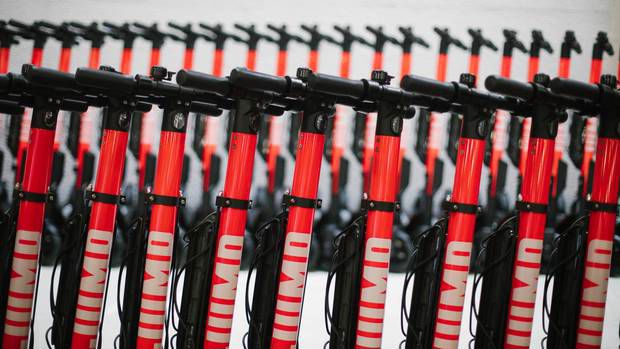 Ridesharing giant Uber will on Tuesday launch its e-scooters in New Zealand.

About 400 Jump by Uber electric scooters will be rolled out in Wellington next week, marking the company's first launch city in the Asia-Pacific region ahead of its launch in Australia later in the year.

The scooters will cost $1 to unlock then 30 per cents per minute - the same price as the other participant in Wellington's trial, Flamingo.

(Lime, which was shunned for the Wellington trial, has just raised its price to 38 cents per minute; Lime was in Lower Hutt but has just said it will suspend operations or in its words take a "seasonal pause" given fewer people are riding during the colder months).

Similarly to Lime, riders will be able to use the scooters through the Uber app by selecting the e-scooter option and unlock the scooter by scanning the QR code.

As well as owning Jump, Uber is one of the major investors in Lime.

This article was first published on nzherald.co.nz and is republished here with permission