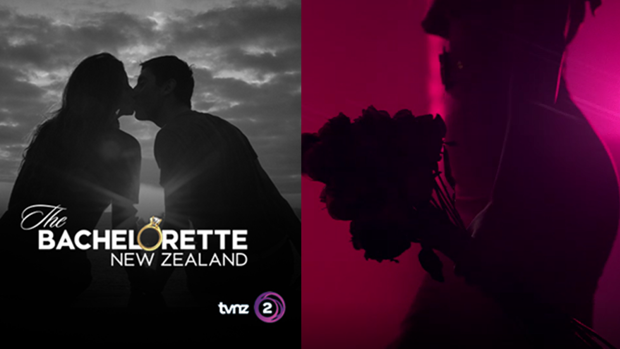 New Zealand just got its first sneak peak at the first Bachelorette.

The leading lady's silhouette is revealed in the first promo for the upcoming reality show.

But not her identity, which TVNZ is keeping tightly wrapped up during the build to screening.

So what can we glean from this mysterious second teaser?

She has long, brunette-looking hair, is wearing high heels and a short dress and is, of course carrying a bouquet of the show's signature roses.

TVNZ hasn't yet announced the air date, but given the start of the marketing campaign, and last week's announcement of series sponsors, we can expect it to be over summer.

Internationally, The Bachelorette is a top-rating format, that has attracted a number of high-profile women, including Australian pop star Sophie Monk.

In New Zealand, Three delivered three seasons of The Bachelor NZ, before dwindling ratings resulted in the network dropping the series.

But not before it gave the country one of our greatest national love stories - Art and Matootles.

Art Green met Matilda Rice on season one of The Bachelor NZ in 2015, and the couple married and welcomed their first child earlier this year.