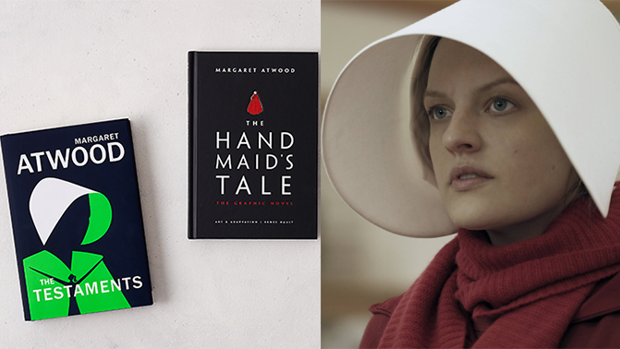 It's been 15 years since the original Handmaid's Tale book was released, and now, it has a sequel!

The follow-up book, The Testaments, hits shelves today and we are so excited to dive into what happens next.

In the sequel, set 15 years after the events of the first book, Gilead is still, unfortunately, thriving. The story is alternately told by the villainous Aunt Lydia and Agnes and Daisy, June’s daughters.

The Testaments excerpt doesn’t include the names of the characters giving each testimony, but it seems likely that Aunt Lydia is the one who kicks things off, writing a melancholy rumination on her life:

"Over the years I’ve buried a lot of bones; now I’m inclined to dig them up again — if only for your edification, my unknown reader,” the aunt writes.

“If you are reading, this manuscript at least will have survived. Though perhaps I’m fantasizing: perhaps I will never have a reader. Perhaps I’ll only be talking to the wall, in more ways than one."

And the best part? Hulu and MGM have announced they are developing Margaret Atwood's The Testaments for the screen!

The Hulu series, which has been approved for a fourth season (!!), has already become a kind of sequel to the original dystopian novel. Originally the show began as a loose depiction of the novel in its first season, with entirely new characters and storylines not encountered in the original novel.

We're not sure yet when it will be released, or available on Lightbox in NZ, but we are SO ready!