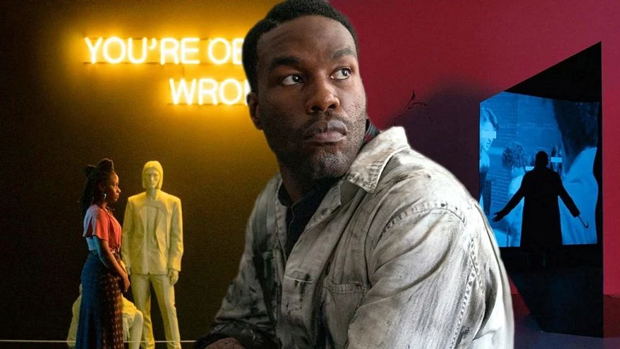 The classic horror story is being reborn...

We all know what happens when we say his name 5 times in a mirror, but it's a shame this lot doesn't it.

The latest horror from Jordan Peele's Monkeypaw Studios (Us, 2019) and directed by Nia Dacosta, the film is a direct sequel to the 1992 version.

The movie follows Anthony McCoy (Yahya Abdul-Mateen II), the little boy that Helen Lyle saved in the first movie. He’s grown up now, moving back to Cabrini Green, which has now changed dramatically.

A shame he doesn't listen to any of the old tales about saying the name 5 times in a mirror, because spoiler alert... he does it, and that's where things get airy.

Check out the trailer above.

Originally set to premiere in 2020, Candyman will now be released on August 26th.