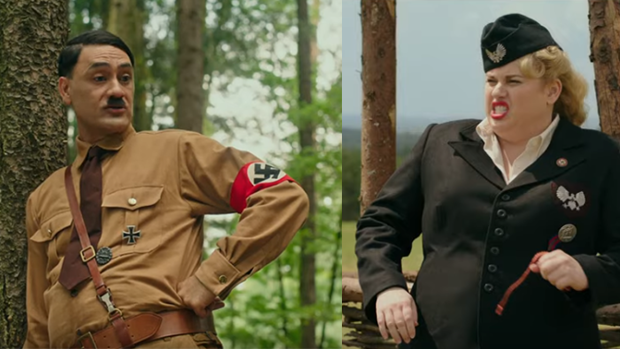 The trailer is short and sweet, coming in at just under a minute, but that's about all you need to get a taste of what's on offer here.

The film, set during World War II, follows a young boy named JoJo (Roman Griffin Davis) who dreams up an imaginary friend after being bullied - and that friend just so happens to be Hitler.

The trailer doesn't give away too much about the story, but it does give us our first glimpse at the rest of the cast in action, including Aussie comedian Rebel Wilson as Fräulein Rahm, Game of Thrones' Alfie Allen as Finkel and Scarlet Johansson as JoJo's mother Rosie.

The trailer's debut comes just days after Waititi was confirmed to be returning to Marvel's Thor franchise to direct the fourth film, Thor: Love and Thunder.

JoJo Rabbit will get its official debut at this year's Toronto International Film Festival in September. It is due to hit cinemas in New Zealand on October 24.

This article was first published on nzherald.co.nz/spy.co.nz and is republished here with permission.