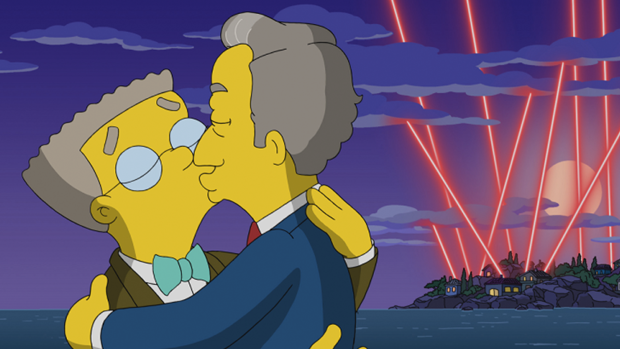 Love will win in the 2021 thanksgiving episode of The Simpsons.

Mr Burns' longstanding right-hand man (or rather his footstool) will finally get a shot at long in an episode to celebrate thanksgiving.

Throughout the shows extensive history, Waylan Smithers has remained single, But that is set to change in a forthcoming episode of the 33rd season.

Smithers will fall in love and embark on a relationship with billionaire Michael de Graaf.

"I think it’s crucially important that these stories are acknowledged," says openly gay actor Victor Garber, who voices de Graaf in the episode.

"I haven’t played a lot of gay characters, but every time I do it, it brings back certain feelings I had as a young actor where I couldn’t be gay."

The thanksgiving episode of The Simpsons will air on November 21.