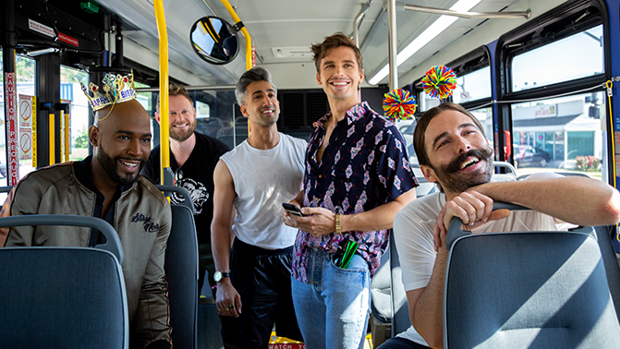 That's right, the Fab Five are headed to Japan in their latest season!

At the end of season four, the Queer Eye squad announced they'd be back for season 5, and now it's been revealed the show will be in Japan for Queer Eye- We're In Japan!

"The Fab Five bring their message of self-care and compassion to four Japanese men and women while exploring the country's rich culture and cuisine".

こんにちは Tokyo!!! Our special season, Queer Eye: We’re in Japan! is coming to Netflix November 1! CAN. YOU. BELIEVE. 🇯🇵🌈💕 pic.twitter.com/YSEncMQcQC

And this time they're not alone! Comedian Naomi Watanabe will join the gang as a special guest, while model and actress Kiko Mizuhara will act as the Fab Five's guide to the country.

The sad part- there are only FOUR episodes this season, but they're going to be fabulous!