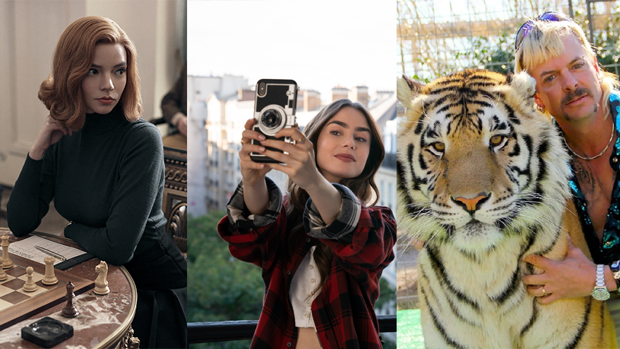 Being trapped inside for a lot of 2020 due to the Covid-19 pandemic means that a lot of us have binge-watched more TV and movies at home than we ever have before.

And it seems for Kiwis there have been certain titles on Netflix that have won our hearts, becoming the most popular watches.

A few trends emerged this year in New Zealander’s top go-to flicks, showing that Kiwis like a strong leading lady, with Emily in Paris, Enola Holmes, and The Queen’s Gambit reigning supreme.

Despite international travel being off the table, Kiwis weren’t afraid to expand their cultural horizons with what they were watching, seeing non-English content increasing 60 per cent compared to 2019, especially Korean content, which went up more than 80 per cent from last year.

Take a look at the most popular Netflix movies and TV series of 2020 in New Zealand by genre:

Movie: The SpongeBob Movie: Sponge on the Run

TV Series: Too Hot to Handle