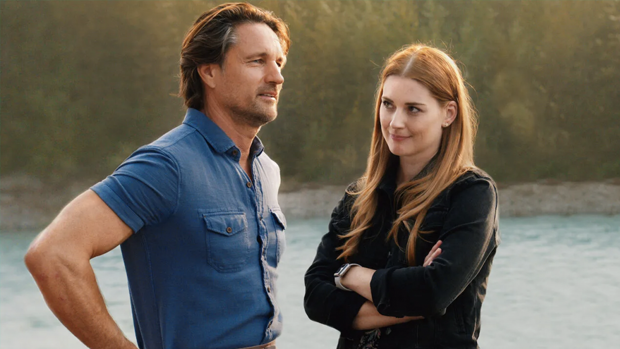 Virgin River has been touted as one of the best Netflix Originals around, and if you're a fan, we've got some mint news for you!

The show has officially been renewed for a FOURTH and FIFTH season!

That's right, the romantic drama – based on the best-selling book series by Robyn Carter - is coming back for two more seasons and we can't wait to dive in!

According to a report from Hollywood North, the cast and crew have also been spotted filming in and around Vancouver for the 20 new episodes.

Virgin River follows nurse practitioner Melinda (Alexandra Breckenridge) who moves from LA to the small town of Virgin River to escape her painful past.

There she meets the charming Jack (New Zealand’s own heartthrob, Martin Henderson - who you may recognise from Shortland Street, Bride and Prejudice, and of course, Grey’s Anatomy), the owner of the local bar, and a former Marine.

However, Mel’s transition to small-town living doesn’t go as smoothly as she expected and it’s not long until drama - and romance - ensues.

Highlights in season 3 included a funeral, a fire, a divorce, a hurricane, a new romance and, of course, a cliffhanger.

The first, second and third seasons of Virgin River is available to stream on Netflix now and we can't wait for the fourth season's release!