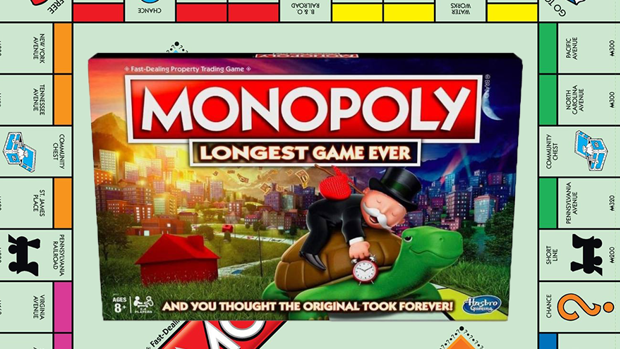 Monopoly has announced they're ready to ruin your Christmas with their brand new edition...

"Monopoly Longest Game Ever" will be on shelves in time for Christmas, so you can gift it to your family and ruin the whole experience for everyone.

The lengthy board game has 66 properties on it, compared to the traditional game which has just 28 properties and 40 spaces all up.

And the game doesn't end until one person owns EVERY property to win...

"Think the original Monopoly game takes forever to play? It's got nothing over this edition of the Monopoly game! Longest…Monopoly game…ever." Says an ad for the game.

"Even bankruptcy won't get a player out of this Monopoly game! The game doesn't end until someone owns every single property - and there are 3 versions of each in this board game."