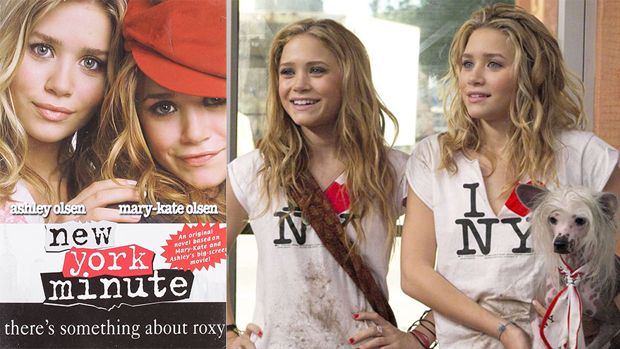 Because who doesn't love a bit of a Mary-Kate and Ashley throwback??

They could be one of the most iconic pairs of twins, especially if you grew up in the early 2000's and now, their most iconic film is headed to Netflix!

In 2004, New York Minute was released and changed the face of teen comedies forever.

According to Netflix, New York Minute is hitting the platform in January, and just in time for a Summer binge!

The movie stars the dynamic duo as identical twins Jane (Ashley) and Roxy Ryan (Mary-Kate). Although they look the same, Jane and Roxy disagree on everything and have completely different personalities.

The girls are forced together as they journey to New York- Jane has to deliver a speech for a prestigious Oxford scholarship and Roxy wants to get backstage at a Simple Plan concert so she can give the band her mixtape. It doesn’t take a genius to guess things soon go wrong and comedic consequences ensue.

If you need to refresh yourself on the iconic film, watch the trailer below!