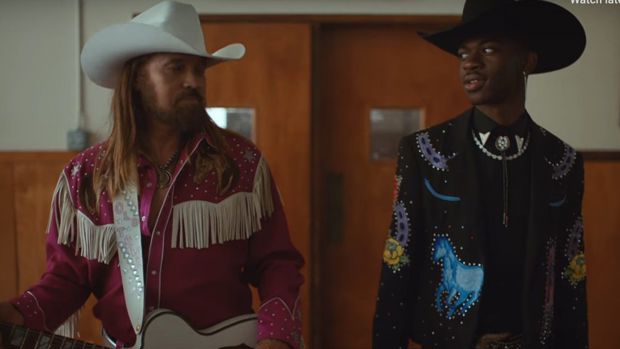 Lil Nas X’s “Old Town Road” is again, the No. 1 and there's no sign of stopping!

The song, which went viral after Lil Nas X added Billy Ray Cyrus as a feature, has been in the #1 spot for 17 weeks running- an amazing achievement.

The song beat out previous number ones including Luis Fonsi and Daddy Yankee global phenomenon “Despacito" in 2017, and an older song, Mariah Carey and Boyz II Men collaboration “One Sweet Day” from 1995.

By now, most people know how “Old Town Road” started. A then-teen Montero Lamar Hill uploaded a Nine Inch Nails-sampling track to YouTube and Soundcloud. The song found life on the popular lip-sync app Tik-Tok and the rest was history.

Now there's not a day that goes by that we don't hear those sweet, sweet words...

If for some crazy reason, you haven't seen the song... check it out here: