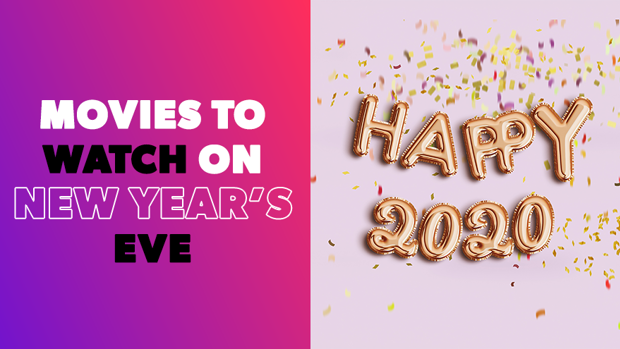 Sometimes you just don't feel the need to party your way into the New Year...

Cuddle up on the couch, or make yourself comfy in bed and watch one or all of these classic films while you wait for the clock to strike 12!

It's features some of the biggest celebs *cough* Taylor Swift, Zac Efron, Taylor Lautner and more, so you can watch their beautiful faces whilst they run through NYC on the most epic New Years Eve to remember...

Watching two people fall in love over the course of several years is always gratifying, but Meg Ryan and Billy Crystal perfected the process in When Harry Met Sally. Their climactic New Year's kiss is one of the all-time most romantic smooches of all time.

Sex and the City - The Movie!

While Sex and the City takes place over the course of a year, its standout sequence is the New Year's Eve montage that shows Carrie running through the snowy streets of New York. So it's basically a New Years film, don't come for us.

Curl up on the couch and watch (all three) Bridget Jones fall in and out of love, and experience another quintessential New Years' kiss!

Okay, this one isn't really NYE themed, BUT it does having a banging soundtrack and a girl boss storyline with a cast of bad b*tches. We could rewatch this a million times over, so why not on NYE?

If you're looking for a film to give you a little inspiration for your 2020 self, then look no further. It may not have anything to do with NYE, but who doesn't love to fantasize about running away to Europe to explore?