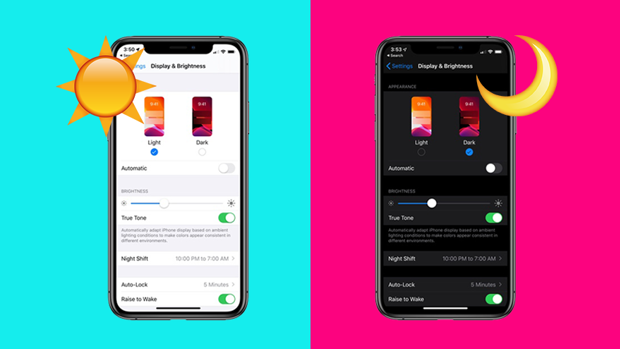 If your phone is ALWAYS going flat, this may actually be a solution...

A recent test has found that activating dark mode on your iPhone could increase the phone's battery life by 30%!

The experiment was shared on YouTube comparing two smartphones - one on light mode and the other on dark mode until the phone ran out of battery.

The iPhone on light mode died while the dark mode phone had 30 per cent battery remaining.

The team behind the YouTube video used two robotic arms for the test which used the iPhones through a variety of apps like a standard user.

Two hours into the experiment the dark mode iPhone was on 88 percent and the light mode phone was on 83 percent.

After four hours the dark mode dropped to 72 percent while light mode had just 57 percent.

The YouTubers noted at the end of the video that results may vary depending on a user's brightness and the iPhone model.

The dark mode feature is part of Apple's iOS 13 release that is now available.

The mode is not only beneficial for battery life, but the iOS 13 update may also help users eyes when scrolling at night.