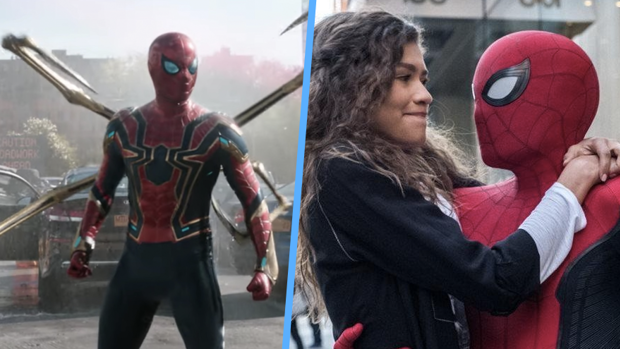 A trailer so good, even Tom Holland was crying!

After months of speculation, fake movie sets, and even fake photos, the brand new trailer for 'Spiderman: No Way Home' is finally here.

Starring the irresistible couple of Tom Holland and Zandaya, the new trailer proves that it really was worth the wait.

We started getting visitors… from every universe. Watch the official trailer for #SpiderManNoWayHome, exclusively in movie theaters December 17.

Along with the trailer was also a brand new film poster, which features Spidey as well as Benedict Cumberbatch who plays the evil nemesis, Dr Strange.

Yesterday the trailer was revealed in Los Angeles in front of screaming fans and Peter Parker himself. And it seems to have really struck a chord with those in attendance because even Tom Holland cried!

Check out the trailer above and mark your calendars for December 16th for it's cinematic release!