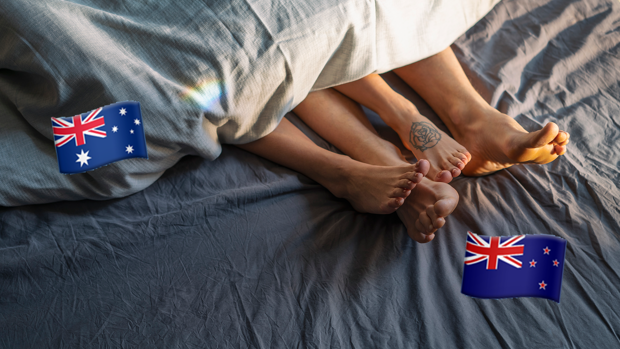 The battle of Aussie's vs Kiwi's continues...

A trans-Tasman sex survey has revealed Australians last longer in bed than New Zealanders. The survey by UMR asked respondents how long they typically last during sex.

One in three New Zealanders and Australians have sex for 10 minutes or less on average. They are more likely to be New Zealand men.

AND... Generation X is more likely than any other generation, to have sex that lasts over 30 minutes. With one in ten participants saying that 30+ minutes of sex is normal for them!

People ALSO had opinions on the ideal length of time- with one in four respondents suggesting 10-15 minutes.

We're not sure how we feel about this new knowledge... what do you think???