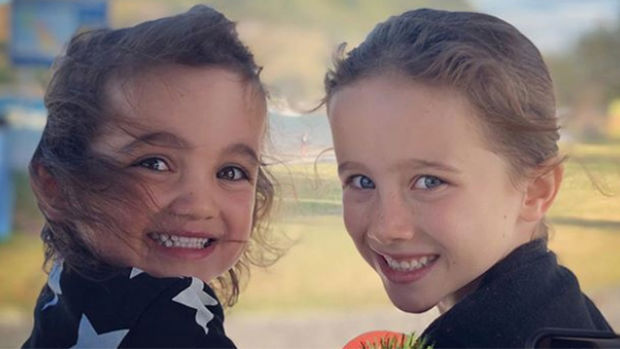 A few weeks ago the nominations for the 2018 New Zealand Radio Awards came out and we discovered that Vaughan's adorable two daughters, Indie and August, who are just 6 and 3 years old, have been nominated for a radio award.

They received their nomination for starring in this video with Lorde, that was one of three finalists in the Best Video category:

Last night the ZM team attended the awards ceremony. and the two wee munchkins took out the Best Video!

Vaughan's wife managed to capture the two watching the lifestream, showing the moment they realised they won:

Big night for Indie & Auggie, picking up a NZ Radio Award for their role in the @lordemusic the babysitter video. They were so pleased a dance party broke out in the lounge (glad to see them using some classic dance moves I taught them) & I have no idea what August was even saying at the end of this clip. ❤️❤️❤️ Youngest ever Radio Award winners. Leaving their old man in their dust. And the dust is in my eyes!! 😭😭😭😭 my eyewash is in the shed. I might be a while.

Because Lorde also starred in the video, it means she has also won a New Zealand Radio Award!

Oh and Vaughan but he's not as important (or as cute), right?

Congratulations girls, you deserved it!