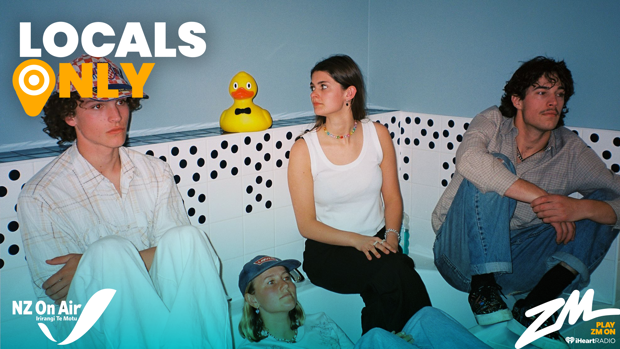 There's A Tuesday are the latest indie-pop sensation to some out of Ōtautahi Christchurch, and they've been endorsed by some of Aotearoa's biggest names.

The four-piece band consisting of Natalie Hutton, Minnie Robberds, Angus Murray and Joel Becker catapulted onto the scene after winning Smoke-free Rock-quest in 2019, before going on to drop their debut EP Dance With Me Before We Cry – late last year.

After a busy Summer, playing at Aotearoa's biggest music festivals (Rhythm & Vines, Rhythm & Alp, ELectric Ave and more), There's A Tuesday have made some serious waves with their unique sound and on-stage performances.

The band has received some massive praise too, and one of their biggest fans just so happens to be Kiwi Pop sensation, Benee.

“Nat and Minnie’s vocals melted my heart. The entire band and the music that they make together is so thoughtful and well written and they’re some of the most genuine musicians I have ever met.” - Benee

TAT's latest single 'Bus Stop' from their sophomore EP is steadily making its way up the NZ Singles Charts and as a result, has featured in a number of editorial playlists.